This year, tens of thousands of people attended the Dublin Pride parade on Saturday, June 29 making it the biggest to date.

The parade festivities kicked off with a number of performances at the GPO marking the start of a wonderful day of pride, protest and celebration.

What an amazing moment yesterday when LGBT+ members & cast of @Riverdance started the biggest people March/Parade at @DublinPride it was a great honour to help make this happen tears in my eyes moment @media_ireland @Ireland #RainbowRevolution #DublinPride pic.twitter.com/3qtEgQM9rD

The parade was made up of over 70 community groups and organisations such as Shout Out, LGBT Ireland, Dublin Lesbian Line and TENI, and many more, all of which do amazing work for Ireland’s LGBT+ community 365 days a year.

From start to finish, the parade took a total of three hours to pass through O’Connell Street. 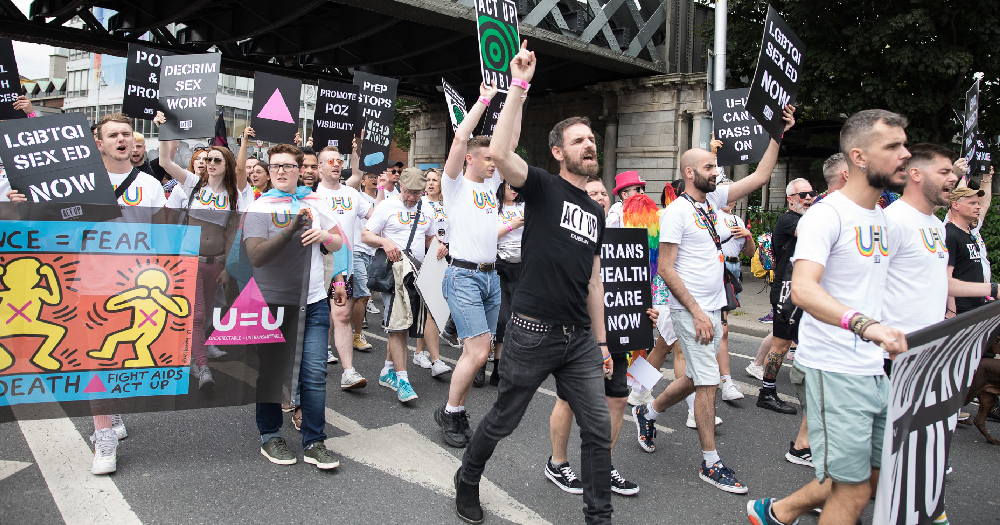 HIV activist group ACT UP Dublin made history as they led the parade with the ground-breaking U=U message. ACT UP Dublin member and this year’s Dublin Pride Grand Marshal, Will St Leger, led the group in sharing the ground-breaking message: thanks to advances in science and medicine, people living with HIV can live long, healthy lives and not worry about passing the virus on.

As they led the parade around O’Connell Street Bridge, ACT UP stopped the parade to hold one-minute silence to remember those who were lost to HIV and AIDS and to highlight some of the key issues they were protesting such as HIV stigma, sex education, direct provision and trans healthcare. 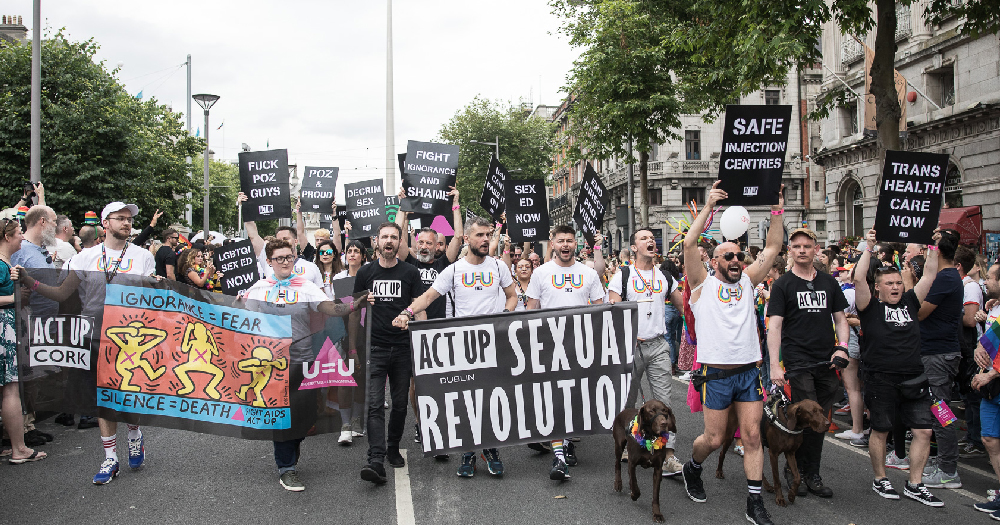 “We have the tools to stop (the HIV) epidemic right now. So why is this still happening? We don’t have the political will to create the change to stop the epidemic. That’s because the corporations control the medications and their primary interest is profit. 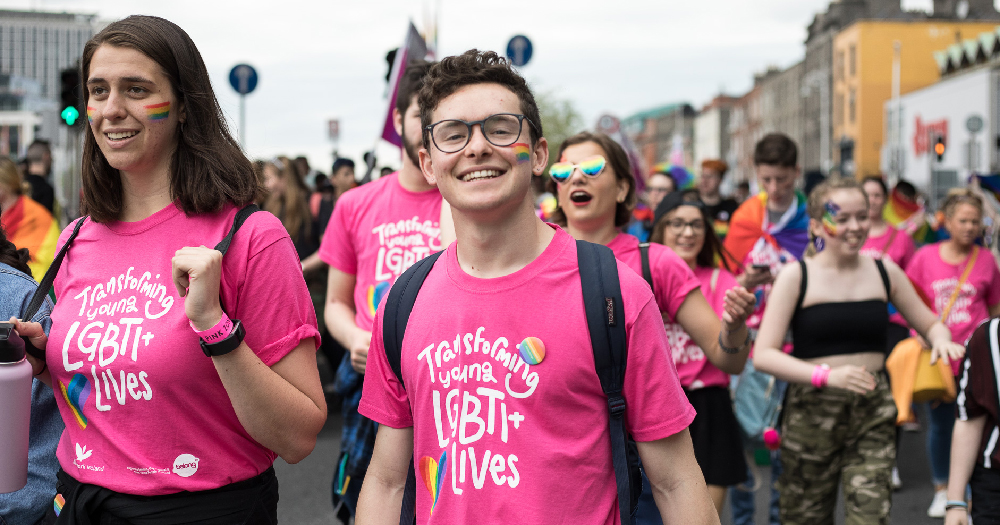 As part of this year’s Dublin Pride, over 500 LGBT+ young people from across Ireland marched under the banner ‘Transforming Young LGBTI+ Lives’ with BeLonG To Youth Services and Youth Work Ireland. 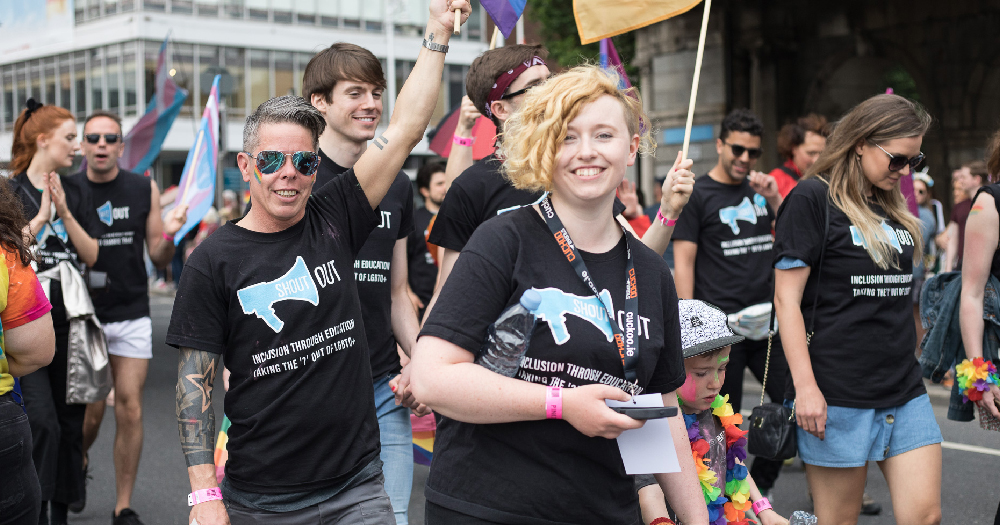 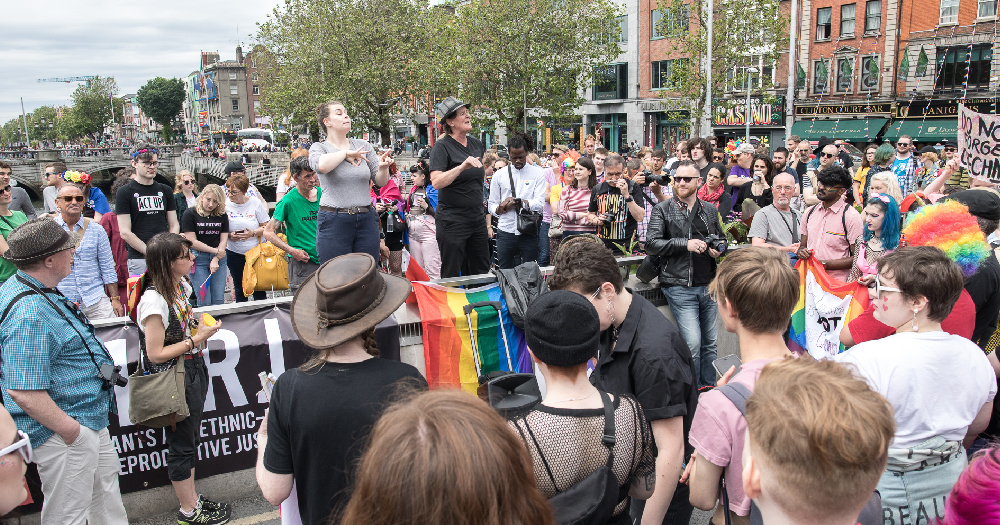 Queer Action Ireland held a Pride Alternative protest on the Rosie Hackett bridge which saw hundreds in attendance. The group believe that Dublin LGBTQ Pride has become “sanitised and assimilated” and contradicts the spirit of Stonewall.

A number of speakers highlighted some of the struggles still experienced by the queer community in Ireland such as Direct Provision, the incarceration of sex workers and the ‘pinkwashing’ of the Pride parade. 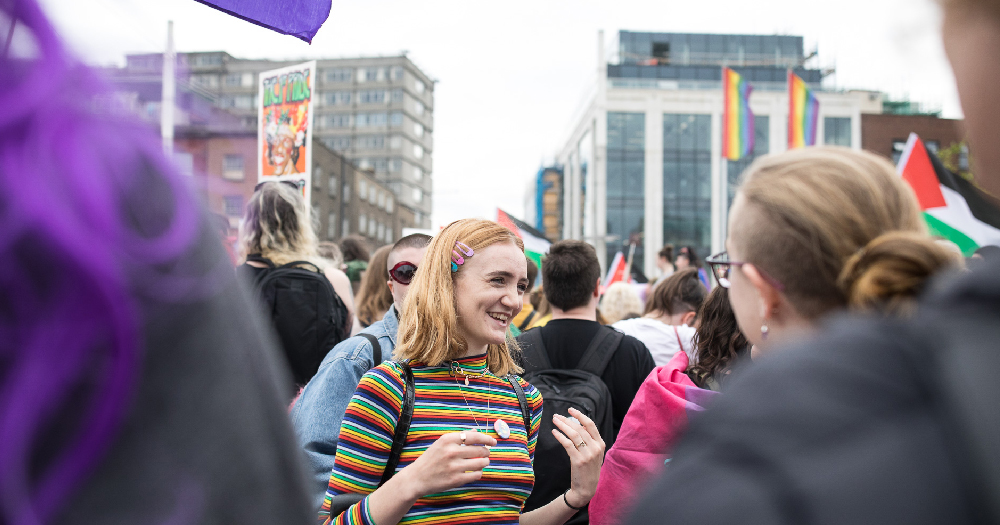 2019 was the first year that the Gardaí and members of the PSNI participated in the parade and the involvement of uniformed police has been a divisive issue in the community. 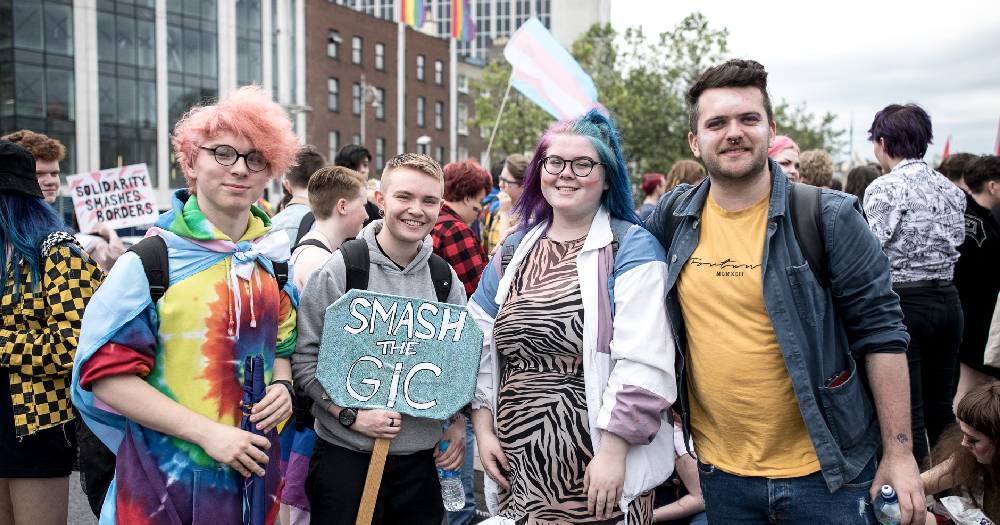 “Did Stonewall happen so that 50 years later we could become a target consumer demographic? So corporations could sell our resistance back to us and we could be grateful for their recognition of our collective spending power?

“Being queer has to be about bringing our whole selves to the struggle and most importantly it has to be about resistance. Luckily for us, we can trace our roots back to a fight with the cops.” 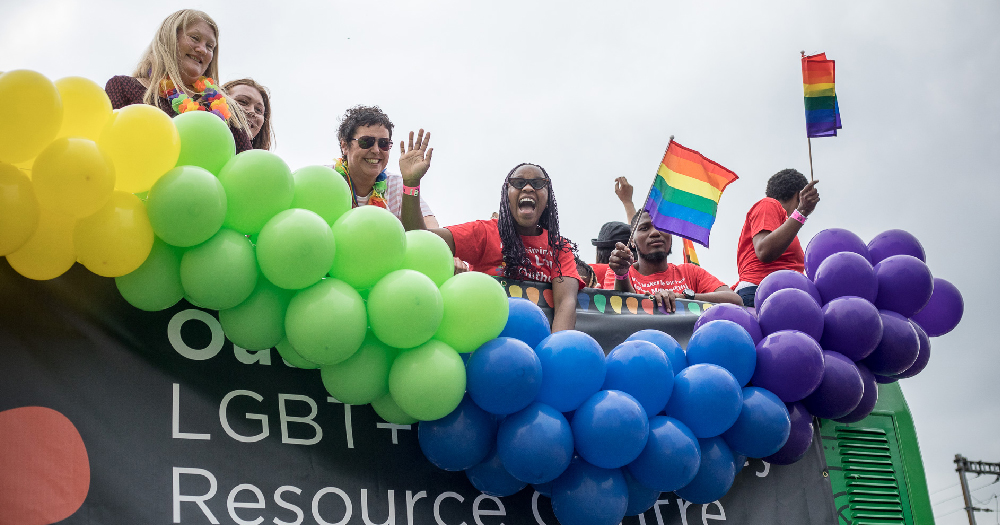 In addition to the Parade and Dublin Pride Village in Merrion Square, Collins Barracks hosted the biggest, most colourful event in its 300-year history, becoming the site for the Mother Pride Block Party which had over 6,000 people dancing all evening to amazing acts such as MØ, Pillow Queens and prYmary colours.

We ❤️ @MOMOMOYOUTH Live from the main stage of the #MotherPrideBlockParty right now! Happy Pride! ? pic.twitter.com/Yq6D9lxcdG

As we say goodbye to the Dublin Pride Festival for another year, there are still lots of pride festivals to look forward to across Ireland. Next up is Trans Pride Dublin on July 6. See GCN’s Pride edition for a complete roundup of Pride festivals across the country.

All images by Hazel Coonagh